Verify Your Account. Please click here to resend a verification email.
Incomplete Profile. Please click here to update your profile and see programs which fit you.
* COVID-19 Update - the border is currently closed and students are not able to come to China. Read the update and register for updates here. You can apply to other countries / regions around the world on Global Admissions here.

The Master’s in High-end Brand Management (HEBM) at emlyon business school is a 2 years long program for international students, taught in English.

The Master’s in High-end Brand Management (HEBM) at emlyon business school is a 2 years long program for international students, taught in English. 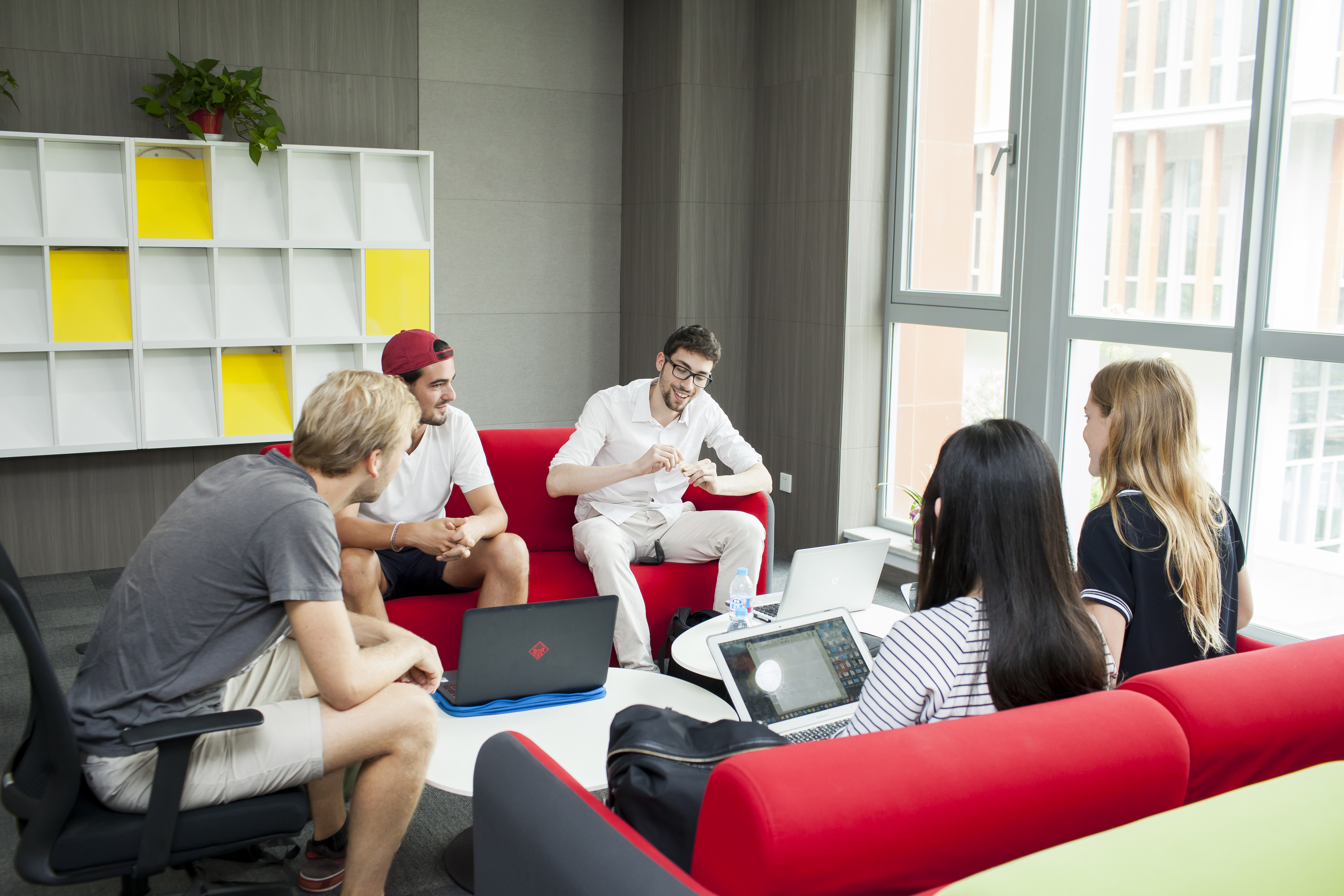 Concentrates on strategic brand management adapted to the particularities of the high-end and creative industries.

The MSc in High-end Brand Management (HEBM) Program is intended for potential top-level managers capable of assuming leading positions in international high-end companies. It is designed to grow a new generation of leading marketing and branding specialists, who are sensitive to the special requirements of the high-end industry and who acquired the strategic and analytical skills to successfully guide companies in the high-end cultural & creative industries, especially European/Western high-end brands with operations in China as well as Chinese high-end brands.

They are focusing on educating digital-savvy professionals, who are able to use in their daily job the most cutting-edge, innovative tools of digital marketing, social networking, and E-Commerce.

In addition, the program strives to develop future entrepreneurs in the high-end cultural and creative industries. 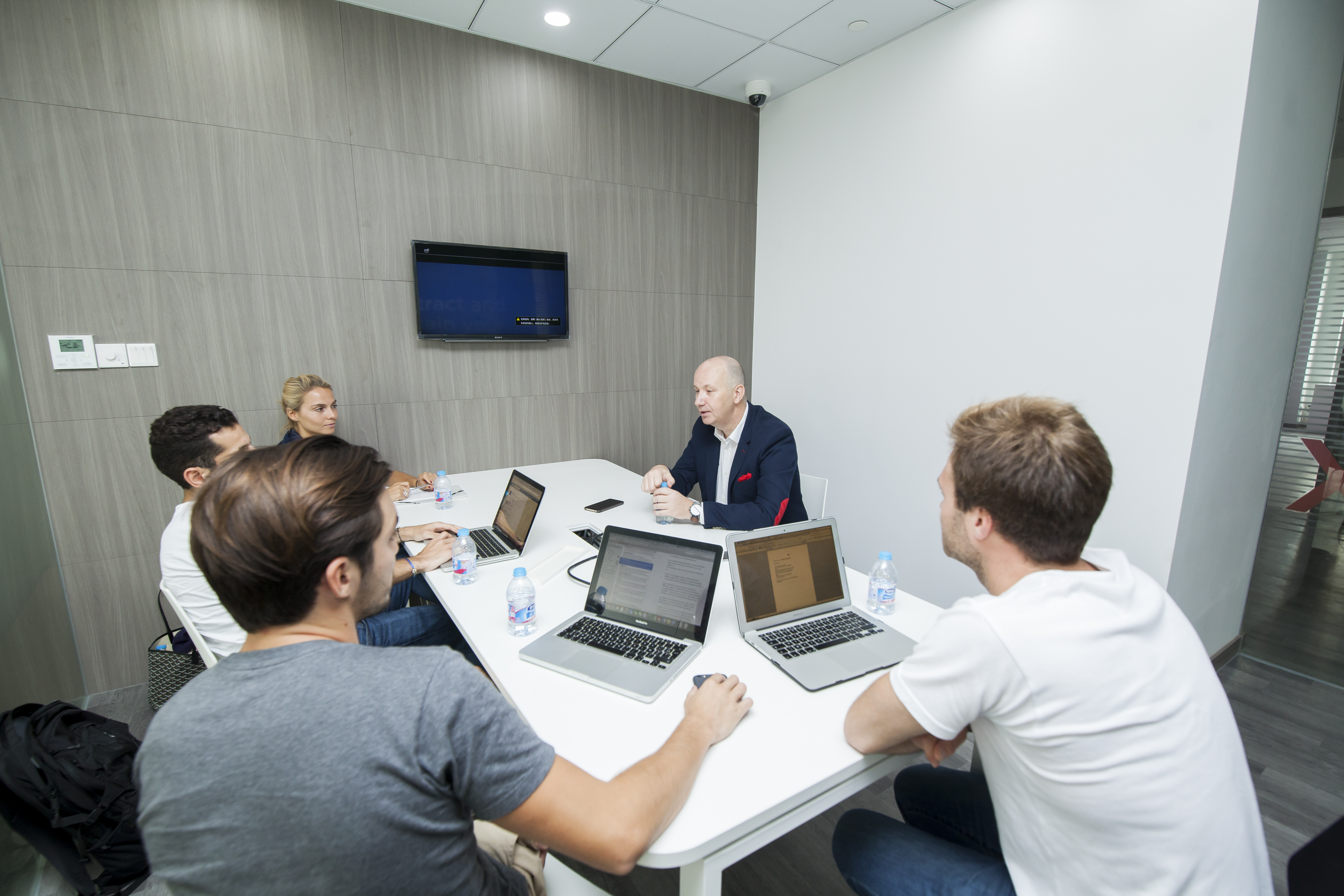 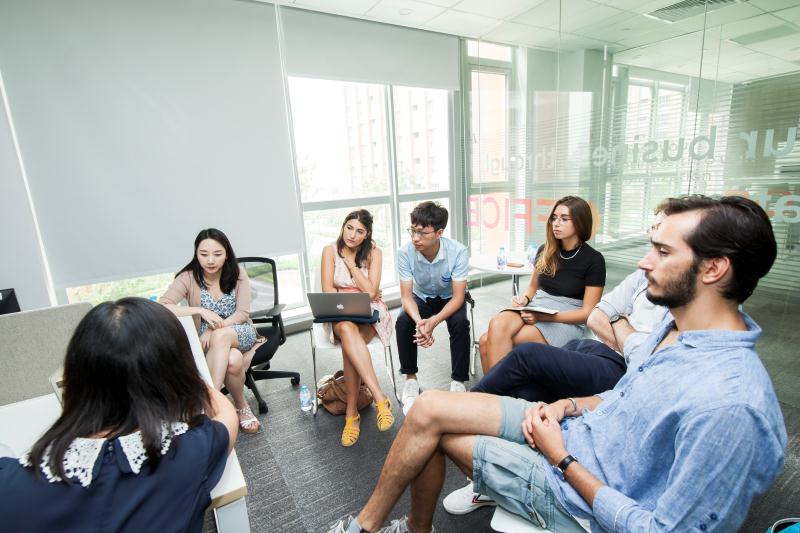 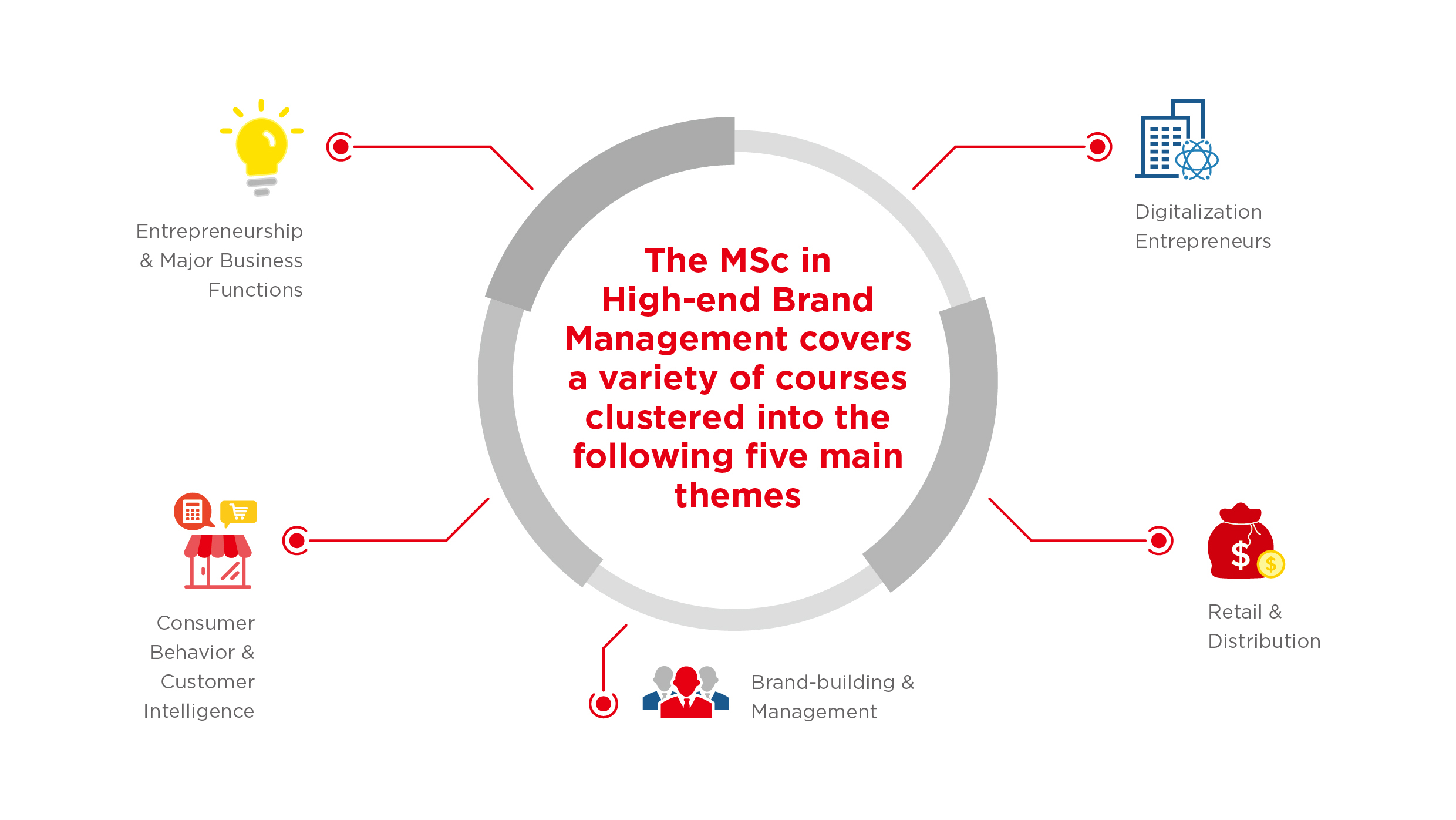 Possible Jobs & Positions after the program

Core targets: Positions in marketing and branding, adapted to the high-end cultural and creative industries 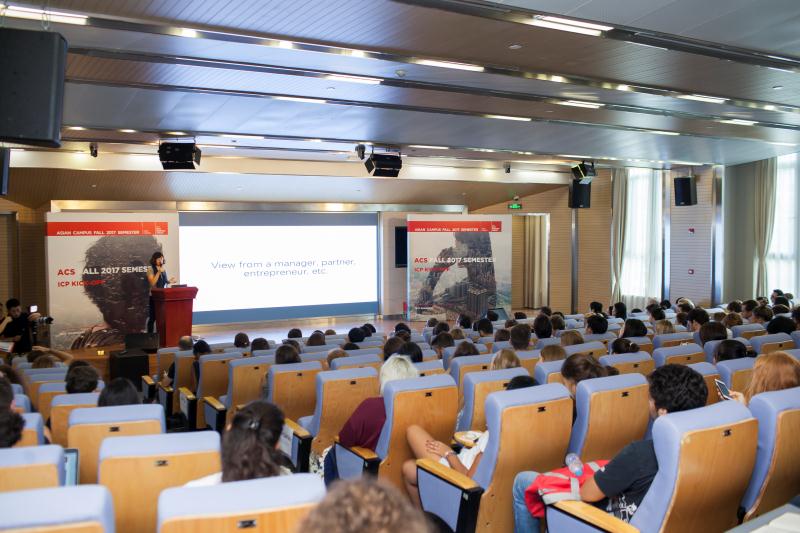 Secondary targets: The program will enable participants with specific previous experience to apply to these additional positions in the high-end cultural and creative industries

Jobs related to retail and operations:

As a future graduate, you will hold lifelong membership of emlyon business school forever alumni network, a network of near to 32,000 alumni covering more than 120 countries.

You will benefit from all services it offers, including the online assessment modules. Its members will help you further develop your career regardless of which stage you are at, by providing you with career development information, exchange business information with you and share their experience for you to build on. 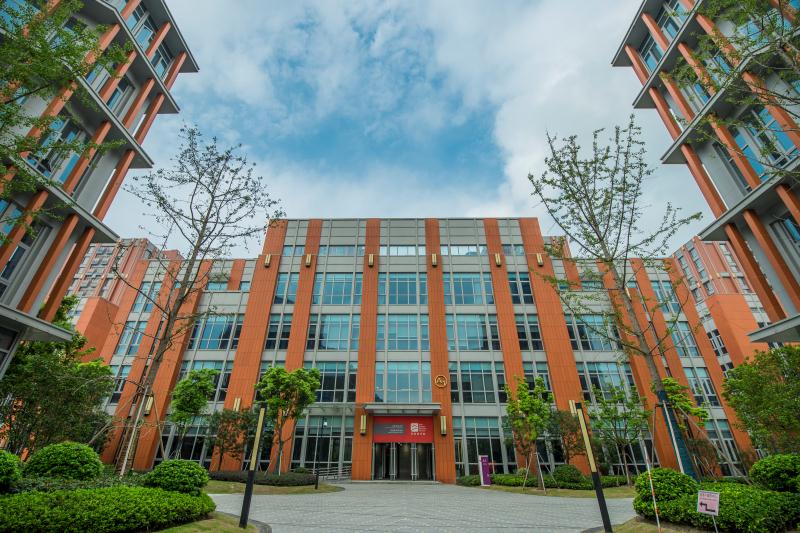 Located in Shanghai, the campus is operational right from September 2007. It has direct access to the airports of this business capital, as well as to all modern equipment.

Set at the heart of the East China Normal University, its environment is ideal for welcoming participants of both emlyon business school initial training and executive education programmes.

emlyon business school is gradually expanding all its activities in China: from the Business School to Executive Education, a whole range of programs and services are being put in place to support the development of European businesses in China.
This approach aims to be bilateral; enabling various international participants to learn about the economic and entrepreneurial realities of China and Asia, and allowing Asian participants to understand European managerial realities.

emlyon business school chose to transform its pedagogical approach and its vision of a business school founded on a new concept, the early maker. The maker's movement was born 10 years ago, on the Do It Yourself principle. Initially uniting Do It Yourselfers, the maker's movement gradually spread over the digital world and start-uppers, federating in its wake a whole community of creators, artisans, entrepreneurs, artists, and educators. The aim was to fast forward as quickly as possible from invention to innovation, from prototyping to industrializing smart ideas. Today being a maker is holding your future in your own hands, being the actor and entrepreneur of your existence, in a collaborative approach, and turning Do It Yourselfers into Do It Togetherers. This concept represents what we believe entrepreneurs should be: those who try out, experiment, make mistakes, start over, learn as they go along. emlyon business school’s entrepreneurs are makers and early movers, in other words, early makers.

Once you arrive in Shanghai, you will immediately be overwhelmed by the hustle and bustle of this thriving city: its colors, its people, its culinary specialties, and its futuristic skyscrapers and indigenous Shikumen houses will shake you to your very core. The sightseeing activities and the endless possibilities of cultural endeavors will stun you!

Shanghai is one of China’s commercial and financial centers and was ranked #5 by the 2018 edition of the Global Financial Centers Index published by the City of London. Taking up only 0.06% of the country's land area, Shanghai now generates about 8.3% of China's gross industrial output value. Furthermore, thanks to its geographical location, Shanghai is also one of the shipping centers of China. Due to its excellent port, the city has become a leading economic power and trade development pole.

It’s quite easy to find an apartment in Shanghai because there are many real estate agents in this city. Students usually find flats by themselves and they share an apartment with their classmates. The average monthly rental fees are RMB 2,000-4,000/person (€213-€426), depending on the apartment’s location and status. Generally the apartments are equipped with furniture and electrical appliance.

Paris: a city of prestige and excellence

Paris is known to be the ‘city of love’ and the ‘capital of fashion’ – the cornerstone of culture, literature, arts and design where tradition and modernity merge together to create the city's authenticity. As a student of high-end brand management, this is THE place to be – and to study. Paris is home to many of the world’s most renowned luxury brands including Cartier, Chanel, Dior, Hermès, Louis Vuitton, and many more. You can visit their original stores and headquarters, company museums, and sometimes even their workshops.

While living in Paris, you will not only be able to discover the fabulous heritage of the past centuries through monuments like the Eiffel Tower, the Notre Dame Cathedral or the Sacré Coeur Basilica, but while walking trough the city, you will also be able to understand where some of the world's greatest writers and painters such as Voltaire, Balzac or Monet got their inspiration from. You'll also have the opportunity discover the latest art exhibits, dance shows or music festivals in private mansions and palaces such as the Palais de Chaillot, the Palais de Tokyo or the Louis Vuitton Foundation. You'll also be able to discover world-renowned places such as the Louvre or the Musée d'Orsay.

When walking through Paris, you’ll be able to sense its history thanks to the Haussmann architecture, the narrow streets paved with cobble stones etc. However Paris is also a hotspot for shopping with unique shopping centers such as The Galeries Lafayette located on Paris’ famous Boulevard Haussmann or small boutiques located in the Marais, well-known for its arts galleries and vintage shops. With its many cafés, bistros and world-renowned restaurants such La Tour d’Argent, France’s capital city is also highly famous for its exquisite cuisine.

Life On and Off Campus

There are also a variety of restaurants close to the ECNU and no lack of recreational facilities and shopping centers in the Zhongshan Commercial Zone, including the Cloud Nine Plaza and the Shanghai Printemps, both located on Changning Road.

You will need to book the accommodation after you have been accepted.

You can choose to live on campus or off campus in private accommodation.

As a socially responsible institution, every year, emlyon business school helps high potential students to pay for their studies by awarding various scholarships.

Scholarships are granted under multiple criteria such as diversity, promotion of entrepreneurial mindset, excellence and need.

You are not eligible to apply to this program because:

English fluency is required.
You need to be either:
- A native English speaker
- Studied a degree in English before
- Can demonstrate a high level of English
- Having an English certificate (You can take the English test online here) such as IELTS level 6 or TOEFL is an advantage.

The program is quite competitive, you need to have a high grades of Average B, 60%, or a high GPA.

Is this not correct? You can edit your profile or contact us.
Or see the list of programs you are eligible for here .
Check Your Eligibility Show Suitable Programs

3 Steps to Apply to a Chinese University

Please choose the programs here , "You are advised to select 2-3 programs to increase your chances of getting accepted.

Once submitted to China Admissions, we will review your application within 2-3 days and proceed to the university or ask you for further clarification

After it has been processed to the university you will receive your unique application ID from each university.

The university may contact you directly for further questions.

We will then follow up each week with the university for updates. As soon as there is any update we will let you know. If you have made other plans, decide to withdraw / change address at any time please let us know.

After you have been accepted you will receive your admissions letter electronically and asked to pay the non-refundable deposit to the university.

Once you have paid the deposit the university will issue you the admissions letter and visa form to your home country.

Show less
Here is some more information about the enrollment process after you have been accepted.

There are no similar questions. Please send us your question below

(No Reviews)
Write a review

Why Apply on China Admissions?

Why Apply on China Admissions?

The Hong Kong University of Science and Technology (HKUST)

Lost your password? Please enter your email address. You will receive a link to create a new password.

You have 0 program in your application list
You have applications in progress click here to see them.

*For reference only. Based on todays exchange rate.

You can also check out our blog here.

And follow us on social media for more updates about studying in China.