Jiangsu Normal University is a national university located in Xuzhou, Jiangsu province, China. It was jointly constructed by the Chinese Ministry of Education and the Government of Jiangsu Province.

Jiangsu Normal University(JSNU), a regional high-level university in Jiangsu province, is supervised by the Ministry of Education and the Jiangsu Provincial Government. Its origin could be dated back to 1952 and its name was changed into JSNU in 2011. 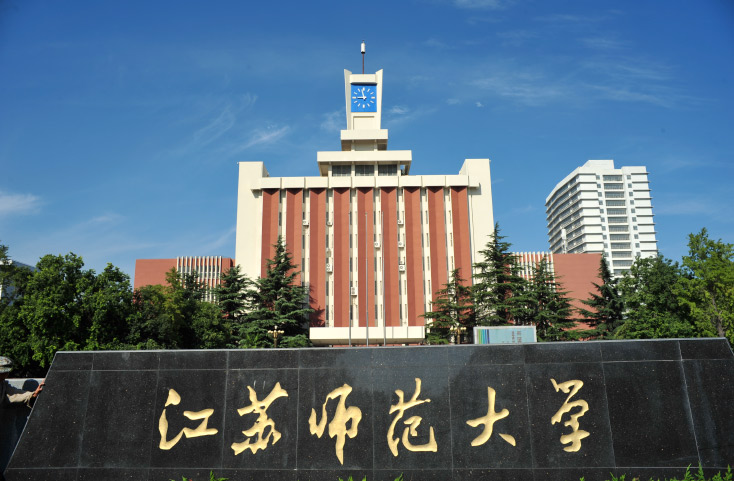 Located in Xuzhou, a city that has been officially founded since 2,600 years ago and one of the most ancient ones in China with a history of over 5,000 years, JSNU has four campuses encompassing 163.8 hectares. With 22 specialty schools, it has successfully developed a diverse mix of disciplines in the fields of Philosophy, Economics, Law, Education, Literature, History, Science, Engineering, Agriculture, Public Administration, and Fine Arts. With over 60-year of development, the number of its alumni have reached nearly 200,000. Many of them are playing important roles in the fields of politics, economics, culture, science and technology, and education and achieved great accomplishments. Immersed in a distinctive environment of humanity and culture, JSNU is now holding a leading position in teachers’ education with brilliant basic research, an integrated combination of literature, science, and engineering, and harmonious development of multi-disciplines. It's Chemistry and Engineering entered ESI top 1%, ranking the 54th in the 2016 Nature Index among Chinese mainland universities, the109th in the Best Global Universities in China (U.S. News, 2019). Domestically, its comprehensive strength has been close to the top 100 universities in China.

With over 60-year of development, the number of its alumni have reached nearly 200,000. Many of them are playing important roles in the fields of politics, economics, culture, science and technology, and education and achieved great accomplishments. Being one of the first among universities authorized to receive international students, JSNU has established friendly relationships with over 81 universities in UK, USA, Australia, Russia, and other countries. Students from over 46 countries and regions come to JSNU for advanced education. In 2016, the Ministry of Education approved the establishment of “The Joint Engineering College of St. Petersburg Emperor Peter University of Technology and Engineering, JSNU” (JSNU-SPbPUInstitute of Engineering), which was the first non-independent legal entity for Sino-foreign jointly-running school in China. Therefore, in the future, JSNU will adhere to its motto and spirit and devote itself to cultivating talents, spreading knowledge, advocating culture, and serving society.

If accommodation on campus is important to you we advise you to arrive a few days before so you can try to register. You can also to choose accommodation off campus, we have an article about that here.

3 Steps to Apply to a Chinese University

Please choose the programs here , "You are advised to select 2-3 programs to increase your chances of getting accepted.

Once submitted to China Admissions, we will review your application within 2-3 days and proceed to the university or ask you for further clarification

After it has been processed to the university you will receive your unique application ID from each university.

The university may contact you directly for further questions.

We will then follow up each week with the university for updates. As soon as there is any update we will let you know. If you have made other plans, decide to withdraw / change address at any time please let us know.

After you have been accepted you will receive your admissions letter electronically and asked to pay the non-refundable deposit to the university.

Once you have paid the deposit the university will issue you the admissions letter and visa form to your home country.

Show less
Here is some more information about the enrollment process after you have been accepted.

There are no similar questions. Please send us your question below

(No Reviews)
Write a review

Other Universities in Xuzhou

Lost your password? Please enter your email address. You will receive a link to create a new password.

You have 0 program in your application list
You have applications in progress click here to see them.

*For reference only. Based on todays exchange rate.

You can also check out our blog here.

And follow us on social media for more updates about studying in China.